Why do people create? Why do they seek to generate “new” ideas or seek to find “new” ways or relating information to the public masses? Are they selfish, caring, or ruthless?

Today I spent my morning yoga-ing on the slippery tile floor which flows effortlessly through my boyfriends apartment. It is rather painful to properly conduct a shoulder stand and quite dangerous to maintain a steady warrior-two pose since I, a: do not have a matte, as it did not fit in either of the two suitcases I limited myself to and b: Martin apparently does not believe in owning a comfortable rug (or any rug for that matter). I have been able to successfully (with the exception of limited scares) conduct my “at home” yoga sessions; podcasts have proven to work well as temporary instructors. I do however still miss my matte. I will (hopefully) be able to successfully purchase a yoga matte at Decathlon tomorrow (holding true that the store is open and not closed as it was this past weekend when Martin and I went). I have begun to babel. Moving forward: I continue to conduct my yoga sessions on the tiled floor because at the end of the session, whether I mistakingly did half a split or ended up with my feet over my head, I still had a “good” session. Yoga helps me find my center whenever I seem to fumble, it also aids in my ability to focus; I do it because it helps me maintain myself in a state of self-awareness and awakeness.

I spent part of my afternoon at the Fabre Museum (Musée Fabre). I had been there before, while backpacking with Ellen a few months ago, which means my visit was short and sweet: I wanted to visit their newest exhibit, which displayed art pieces by Alexandre Cabanel. While walking through the exhibit I could not help but feel overwhelmed, it happens every time I enter a museum of any kind and it occurs occasionally when I enter churches or other places of worship. It is as if I can feel the energy that went into the creation of a piece, and when I am truly taken aback I can sometimes picture the painter as he/she stroke the canvass into being and/or the body movement, of the creator, as it must have been amidst the pieces developmental state. Each piece feels different, even when created by the same artist. The strokes are never quite the same even if the “technique” is. Every time I experience that emotion I wonder: why did they create their pieces? Did they seek fame, money, recognition, self-awareness, or perhaps liberation? Did the artist not even think about the fact that they were essentially creating a piece of art (one that would incidentally be revered by others for years to come)? was it simply done whimsically? or did they feel the need to create their art? Was it a need, instead of a want; a desire, instead of an artistic lust?

Yesterday while trying to find my own way towards a very unclear vision of my own, I came across, what I found to be, interesting forms of relaying a message.

Exhibit A: The Art of “Glamour” 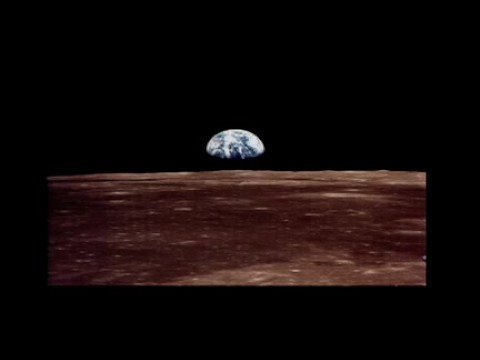 Virginia Postrel gave a TED talk on “Glamour” and of course during her TED talk the above definition was provided. I did not particularly like the delivery or certain things said during her talk, but she did make some relatively interesting points. I found the old definition of “glamour” to be interesting and I also found her observation of the fact that people enjoy being fed glamourous and purposely over-intensified information; it is almost an out-of-body experience.

We all enjoy being deceived, however, we only enjoy being deceived when we, a: know of the deceiving factors and accept them or b: we enjoy what is occurring and quite frankly do not care about whether we are being deceived or not. It is the life of the ignorant; hence the reason why many find ignorance to be blissful. If one does not know what is happening, how could one possibly be affected? Correct? Negative. The fact that one does not know what is occurring does not necessarily mean that one is unaffected.

Glamour is a form of deceit that is inviting and pleasurable; it is noted and quite often easily recognized. It is alluring and accepted. It is an intensified version of reality, but reality nonetheless.

True deceit is not a reality, it is a fabrication based on what one wishes were reality: deceive others, deceive yourself.

Do artists seek to create the allure found in “glamour”, and occasionally actually create a piece that is glamourous, or do they wish to deceive? Perhaps it could be both. 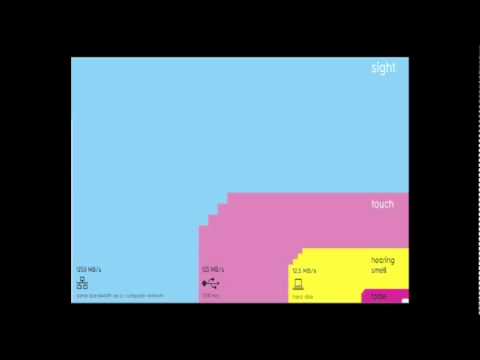 David McCandless gave a TED talk during which he discussed his venture into data visualization and the power he found to be held by the ability to exhibit/display data in a more aesthetically pleasing manner.

It is not simply about pushing numbers and figures, it is about being able to display the data in a way that is not scary and not overwhelming to a person who does not have the same characteristics as the person(s) providing the information. The “characteristics” need not be linked to a personality type, the characteristics I am referring to vary from education level to the individual’s state of health. Everyone is not the same, but most do receive data in a similar manner, or at least through overlapping channels.

David McCandless mentions Tor Nørretranders during his talk and displayed a data visualization project Nørretranders had generated, (Tor Nørretranders quickly became my next Google search query), which resulted in the conclusion that the #1 sense through which people retrieve data (and the quickest in matter of seconds) from their “everyday” life is:

sight. I found this piece particularly “fun” because Nørretranders not only displayed the data visually, through the use of a color scheme, but he also related the information to the relationship between the “bandwidth of the senses”, to the bandwidth found within computer devices. It is quickly deducted that what one “sees” has an impact.

An important concept that McCandless touches base on is the fact that our eyes can be deceiving, in the sense that we often create patterns where patterns do not exist. This portion of his talk reminded me of another TED talk I viewed a few months ago during which the speaker discussed the way our eyes often generate facial features on objects where in fact “a face” does not exist. It is often the reason why people “see” (form) figures within clouds.

I am a vegetarian and people are often put off by the fact that I am “one of them” (like it’s a cult of some sort; really?). I was previously a vegan, this threw people off even more; I found it quite amusing. I am not a vegetarian for any one reason: it is not part of my religion or personal beliefs, I do not dislike the taste of red meat or poultry, and it does not make me sick. I simply chose not to consume it. Well, I do consume fish which I suppose does not make me a vegetarian but instead a “fishcatarian”? I really do not understand all these labels. I think it is rather useless to develop all these sub-categories, I prefer the “keep it simple” model. The point is, during my time as a vegan I noticed my taste-buds became heightened: I could taste the salt, sugar, even the slightest taste of meat byproducts in the foods I consumed. I could often tell if a dish was falsely labeled “vegan”. As a vegetarian, my taste-buds are not as heightened but still relatively better than when I was not a vegetarian. I like the heightened sense of taste, I also enjoy the foods I consume a whole lot more than I did when I was a “meat eater”.

One seeks patterns without doing so on purpose, it seems almost innate. One is drawn to the “glamourous” because it is aesthetically pleasing. One forgets what one has seen if it was unimportant or unimpactful, hence the power of the “glamourous” and the allure of the heightened. Not everyone likes statistical data because it can be frightening if the numbers seem too grand or seem to be unrelated to ones personal state (economical, social, mental). People relate to data displayed visually because it is (when executed correctly): direct, quickly and easily understood, impactful, and appealing.