Time can be many things. In the context of work productivity, M&M’s are the most intrusive to an employees time. 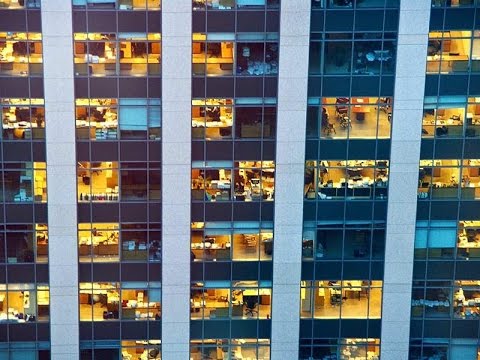 It is not so much about M&M’s being bad for the thinking/creating/producing process, it is how these two are established and run.

I agree, manager’s can be distractive and unhelpful but they can also be good guides and inspiration in the creative process. In order for a manager to be helpful, he/she will need to know what it is that the people they “manage” do. You can’t manage a successful team properly if you do not know, or care about, what is being produced (be it a tangible good or providing a service). A manager is often labelled the “leader” of a team and what fails to be acknowledged is that a team sustains their manager: there exists a relationship.

The manager functions as an aggregated version of the team (manager’s often report to other manager’s) and the team provides the manager with the, presented, aggregated data. Manager’s and their teams should be established as mutually-beneficial relationships. However, an M.B.R will only occur when the team doesn’t consist of a “manager” and “the people he/she manages” but is instead simply a team. In this instance the manager doesn’t simply report the aggregated data provided by the team he/she manages, the manager is now part of the aggregate and will therefore be better equipped to answering questions posed by those he/she reports to.

The better the relationship, the more transparent the data and the easier it flows.

Meetings can be annoying and at times pointless. Meetings often consist of having manager’s tell the person who called the meeting what was accomplished in their division, followed by a time during which the person who called the meeting proceeds to tell the manager’s how “good” or “bad” their productivity is and then tells them to keep up the “good” work or that they need to do better. I don’t know how often critical feedback is actually given during meetings but I expect it is often based on past productivity, current, and projected, with some graphs to display the data visually.

This is distracting and if you have a room full of manager’s who do not actually know what their team does, it is even less meaningful.

If meetings were to have an established goal or a legitimate reason for being held, they would be more productive. Meetings could be viewed as classes: if you are given tasks before class time and these tasks are discussed during the next class meeting you have a room filled with people who know a. why the class is taking place, b. why they have to attend class (to know whether their tasks were completed accordingly, and if not, to receive information as to how to complete their task appropriately by next class), c. what they needed to prepare for class, and most importantly, d. they would be prepared and ready to present and explain the outcome of their task.

The meetings need not be long but they should be effective. The point of calling a meeting is to get feedback from your own teams: be a team member, be the model. There is only so much that can really be discussed in one hours time, everything else can be left to be discussed via email, aim, or Skype.