Ms. Carol Foley, the Executive VP-Director of Research Services at Leo Burnett, put together a team and began researching and attempting to define different types of human behavior. Turns out, humans are not all the same: puzzling ay? Realizing the puzzling facts of the labyrinth that is human behavior, Foley and her team leaped ahead and generated their own lexicon: Behavioral Archetypes. 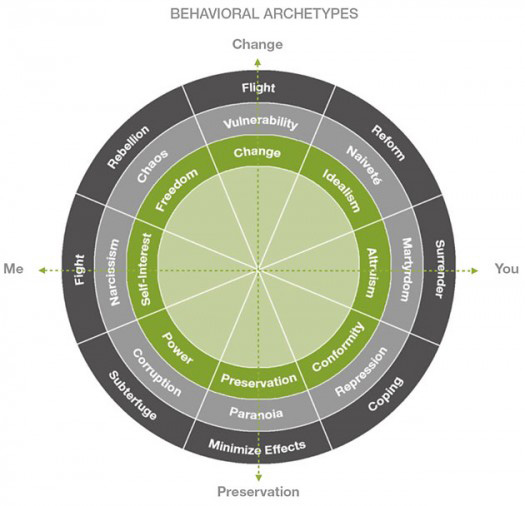 “‘Behavioral Archetypes’ is based on a review of the theories followed by a series of research and development surveys and more than 10,000 interviews allowing for the classifications of 1,500 to 1,800 discreet behaviors. Based on the data, those behaviors were clustered into eight “buckets” along two axes…The outer rings are behaviors that happen when the behavior we want to engage in isn’t possible due to something we don’t have control over.” (Source: AdAge)

I find the diagram to be fairly accurate. It appears simple while I am sure the data behind it is not. You start at one point and move closer to the inner circle which is also your final executing point / mentality. You can change stations (shift) along the rings so as to secure your final execution is the desired outcome. It may also work inner-to-outer but I reckon this depends on, in terms of marketing, whether you’re the consumer or producer: your strategy must be different as you are attempting to secure (i.e. manipulate) the steps / stations / shifts of another.

A little more about Leo Burnett and the companies HumanKind methodology: 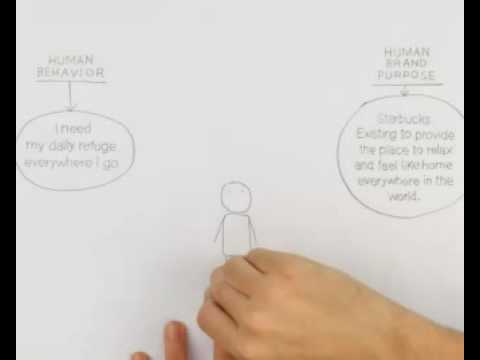